What Did You Say? – Learn Video Production Key Terms 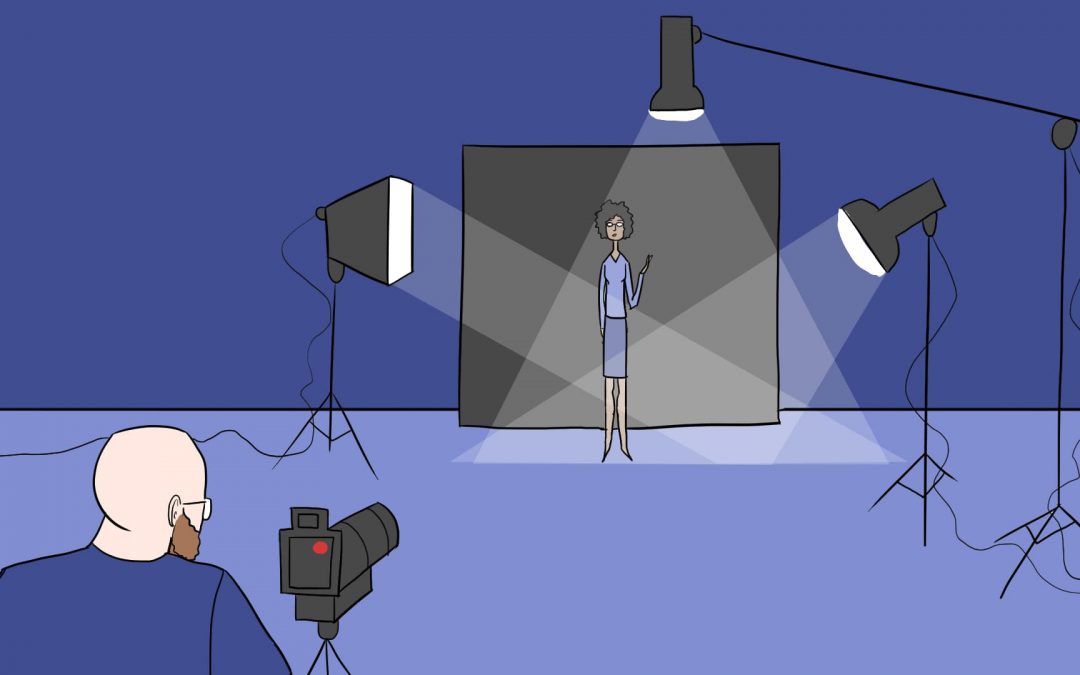 Congratulations! You’ve decided to have a video shot for your company. If this is your first time working with a professional agency and production crew, there are a few key terms you need to learn.

Let’s start with the words you’ll most likely hear during your pre-pro meeting. What’s that? Sorry, you’re right. How would you know what a pre-pro, or pre-production, meeting is?

A “pre-production meeting” is a meeting that happens early in the production of your video. It helps the creatives understand what it is you’re looking for in your video. It’s also the best time to listen.

Thoughtful listening—both on the client-side and the creative-side—is crucial in the development stages of a useful video as the first draft of a script is born from this meeting.

After you review the first draft of the script, you’ll likely want to change or omit a line or two. Editing of specific wording, which may include the voice-over, actor lines or on-screen graphics, are expected changes at this stage of the production process. The script phase is also the best time to make any major changes to the concept of a production. Making significant changes on the day of the shoot can be disastrous.

What’s that? Oh, right. A “voice-over” is a narration. This is sometimes done by an actor or spokesperson who appears in your video, but not always. Often the voice-over, or V.O., is just a voice played on top of a video clip or clips. These clips are often called b-roll.

B-what, you say? “B-roll” is footage that covers an on-camera interview or spokesperson segment. The footage is used to visually explain or display what the spokesperson, actor, or interviewee is saying.

Any more questions before I discuss the most common terms you’ll hear on the day of your shoot? To warm you up for the day of the shoot, I’ll clear up a couple more definitions. Despite how it sounds, no one will be physically “on” the camera during an “on-camera” shot. An “on-camera shot” is a shot where we can see the talent as he or she speaks. And before you ask, the “talent” is simply the spokesperson or actor.

So, we’ve made it to the day of the shoot. And guess what? Some more strange words are going to fly your way. I won’t go into all of them, just the more common ones, like blocking, long shot, medium shot, close-up, dolly in and out, pan, tilt, white balance, key light, C-47, flag, stinger, martini shot, and wrap.

You’ll often hear the cameraman ask the director about how the shot is “blocked”. “Blocking” is the placement of talent in a scene, but blocking also occurs when you stand in front of the camera instead of to the side.

A “long shot” is getting Brad Pitt to be the spokesperson for your video. But in video terms, a “long shot” is sometimes called a “wide shot,” and it’s the kind you’ll likely see on the day of your shoot. It is often an exterior or establishing shot (a shot that shows the location of a scene), but it can also be a pan of the interior of a location.

You don’t say? I had no idea that people collect pans with pictures on them! That’s not what I meant when I said a “pan of the interior of a location.” When you rotate the camera, usually on sticks, from left to right or vice versa, that’s called a “pan.” You may also have heard someone say, “pan up.” That person needs a gentle pat upside the back of his or her head. Panning, by definition, is always in a horizontal direction. Check on your cameraman if he’s in a position to pan up because he’s fallen and is possibly hurt. A “tilt” is a camera move from bottom to top or vice versa. “Sticks” is another name for a tripod, in case you were wondering.

A “medium shot” is a closer shot on the subject, usually waist up on a person, showing their arms and head. What’s that? Well, I guess that’s true. A medium shot could be a shot of a psychic medium!

Look, if you bring your dolly to the shoot, we won’t judge. But please keep it off the set. To make sure this doesn’t happen to you, it might be good for you to know what we mean by a “dolly shot”. A camera move in which the camera physically moves toward the subject, away from the subject, or follows perpendicular to the subject is called a “dolly shot.”

“White balance” is the technique camera people use to avoid hearing the words, “Why am I green/blue/any other color humans aren’t?” And I don’t even want to get into the whole “Who is Kelvin, and did we have to pay extra to use him?” thing. Simply put, getting a white balance consists of putting a white or gray card in front of the camera to calibrate it so that the colors of a scene capture correctly.

So, before you say it, I will admit that a “key light” can be a light that is illuminating a key. However, it’s not how we use the term in film and video. A “key light” is the main light in a lighting set up, which usually consists of three lights: key, fill and back. The “fill light” fills in shadow areas and is sometimes not a light at all! It’s often just something reflective, like a piece of white foam board, for example. The “back light” separates an object or person from its background. And, yes, a light that points at a person getting a back massage is technically a “back light”, but on set, it is the back light in a three-light set up.

The “C-47” flew many flights during World War II. The C-47 we use in production can fly across a set, but that’s careless and someone could get hurt. Maybe that’s why the camera person is panning up? The “C-47” on a set is a wooden clothespin used to hold colored gels and diffusion in front of a light. “Gels” are transparent, colored sheets that alter the color of a light source. Most often, they are used to change a tungsten light (a light that closely matches the color of household incandescent bulbs) into a cooler daylight source. Those daylight-converting gels are called CTBs, or color temperature blue, gels. A CTO, or color temperature orange gel is used to convert a cool light source into a warmer source. “Diffusion” does what clouds do to the sun. Diffusion softens a light source and helps reduce hard shadows. Diffusion is a semi-transparent material that comes in varying degrees of transparency and textures. Sometimes, the sheets look like wax paper. Other times, they look like large dryer sheets.

It’s okay to show up with a flag at your shoot. But, unless it’s a prop for the set, we won’t be using it. “Flags” are large pieces of black material used to block light spill or control a beam of light.

You won’t need an EpiPen around the type of stingers we use on sets. I would avoid spilling water on them, though. “Stingers” are extension cords or electrical cords. Look out for them when you’re moving around a “hot set” (a set that is in use). Oh, and you might be shocked to know that the on-set electrician is called a “juicer,” especially if you had your heart set on some delicious orange juice!

Finally! The “martini shot” is the last shot of the day or shoot. Personally, I’m more of a whiskey shot and a beer kind of guy.

So that’s a wrap. I hope you have a great shoot! Rest up for a day or two. Next up for you is post-production, and there are lots of unique words in that stage, too. I’m going to check the gate. I don’t want the dog to get out.

Each President’s Day, we celebrate the men who h

We are working with some quality audio on the clie

Understanding your client and why they make the de